(just to note…other things I don’t like: inefficiency, getting sun burned, and standing in lines)

Those statements above might seem contradictory and, quite frankly, hypocritical, but in the words of comedian Kevin Hart – let me explain.

Would you believe me if I said that, in some circumstances, my nickname was “rules”?

School rules – I just never thought about Not following those.  Consider me boring.

Tax rules – take ’em or leave ’em – but if we didn’t have them, things would fall apart.

Usually any rule that if you break it results in going to prison (there’s probably a good reason for that rule, whichever one it is).

Rules that exist for safety – yeah, I was a lifeguard back in the day!

Not an exhaustive list, but you get the idea.  These types of rules keep a certain “order” that is important to society.

Rules are Meant to be Broken

These are the most fun kind!

Rules of order – in order to get to C, you must do A and B first.  But what if I find a more efficient way to get to C, which makes it easier for myself and those who follow more productive?

Rules of logic – we’ve always done it this way!  Not only is that an illogical reasoning, but when I hear it, I automatically want to try a new way of doing it and see what happens.  Like an experiment!

Rules of norms – well, this is what everyone does, so you should too.  Call me old fashioned, but life is more exciting, fun, and fulfilling when you Don’t always follow the social norms.

Rules of time – you gotta stick around for 10 years, then we’ll get you that 10 year pin. The only things I want to hang around in the business for years to come are the new creations I made and the impactful solutions I employed. Seeing people utilize things I worked on years later, that’s awesome.  But I will be happy to see from afar (Hawaii?).

Think of some of the most successful people – at some point, they decided not to follow the “rules” and be different – do something different.  That is what spurs innovation.Â  That is what creates disruption (yes, I know, that word is overused).

So what are you waiting for? Go break some rules! 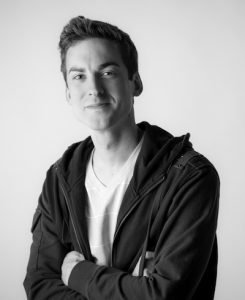 I like to write about start-ups, marketing, process efficiency, and everything in between.